NILAI, May 28, 2019 – Besides new Hari Raya songs composed every time the festive season draws near, Hari Raya advertisements by corporations such as Petronas, Tenaga Nasional Berhad, and Telekom Malaysia which present various messages though humorous, sad, or educational storytelling content also garner significant attention from viewers and have amassed their own fans for many years.

Universiti Sains Islam Malaysia (USIM) has also been producing Hari Raya ads annually since 2013 to celebrate Syawal festivity with its own theme and storyline. USIM’s 2019 Hari Raya ad titled ”Surprise Raya” has grabbed the attention of netizen viewers since it was first aired officially last Friday, 24 May 2019 on USIM’s official social media channels. After 4 days, the ad this year is proven to be well-received when it has reached 150,000 views through USIM Facebook Page and USIMTV Youtube Channel.

In USIM Facebook Page for instance, the ad has also received 769 comments, 3,167 likes, and 1,308 shares as at 28 May 2019 on top of the 61,000 views. A high number of views is also achieved through USIMTV Youtube Channel at 98,000 views, and the video was also shared in popular social media page such as Metafora Anafora where it received 14,000 views. Although the short film is not aired on national television, it is evident that the access and wide reach of social media such as Facebook, Twitter, and Instagram have a major influence in making USIM’s Hari Raya ad a popular one.

The story began by introducing Bard, a university student who has to split his time between taking part in Raya preparation with his family and getting ready to sit for his semester final exam after the Raya holiday. The surprise from his family for him after he finished his exam has clearly touched Bard’s heart. The moral message at the heart of this story is about family values and connection that are being uphold right, and that no matter how ambitious a student is, he wouldn’t be able to achieve success without the blessing of his parents. The short film had been produced by USIM Strategic Communication Centre (StraComm) together with StraComm Clique students, and the shooting took place in the campus and a kampong house in Labu, Negeri Sembilan over three days, involving 32 crew members and acting talents.

The student who had played the main character, Muhammad Fahmi Mohamad Faizal, a third-year New Media Communication student, has shared that he felt excited about being given this opportunity by the USIM Raya ad production team. Despite feeling nervous because that was the first time he had acted in front of the camera, Fahmi said he had viewed the experience as a challenge and the support of the crew had lent him tremendous help throughout the shooting process. ”I think the ad is popular because it reflects closely the current situation in the campus because USIM students and students in a few other public universities as well will be sitting for their final exams after the Raya holiday. So, they can relate to the mixed feeling between the festive mood of Raya and having to study for exams at the same time,” he said.

Vice Chancellor of USIM, Prof. Dato’ Dr. Musa Ahmad who also made a special appearance in the video said USIM’s Hari Raya ad this year is more unique and commended the production team for coming up with a storyline that the students can relate with. He also added that a strong synergy between the actors and crew who comprised not only students and staffs, but also family members, alumni, and top management had benefitted the production optimally and had become one of the strengths of the Raya ad this time. 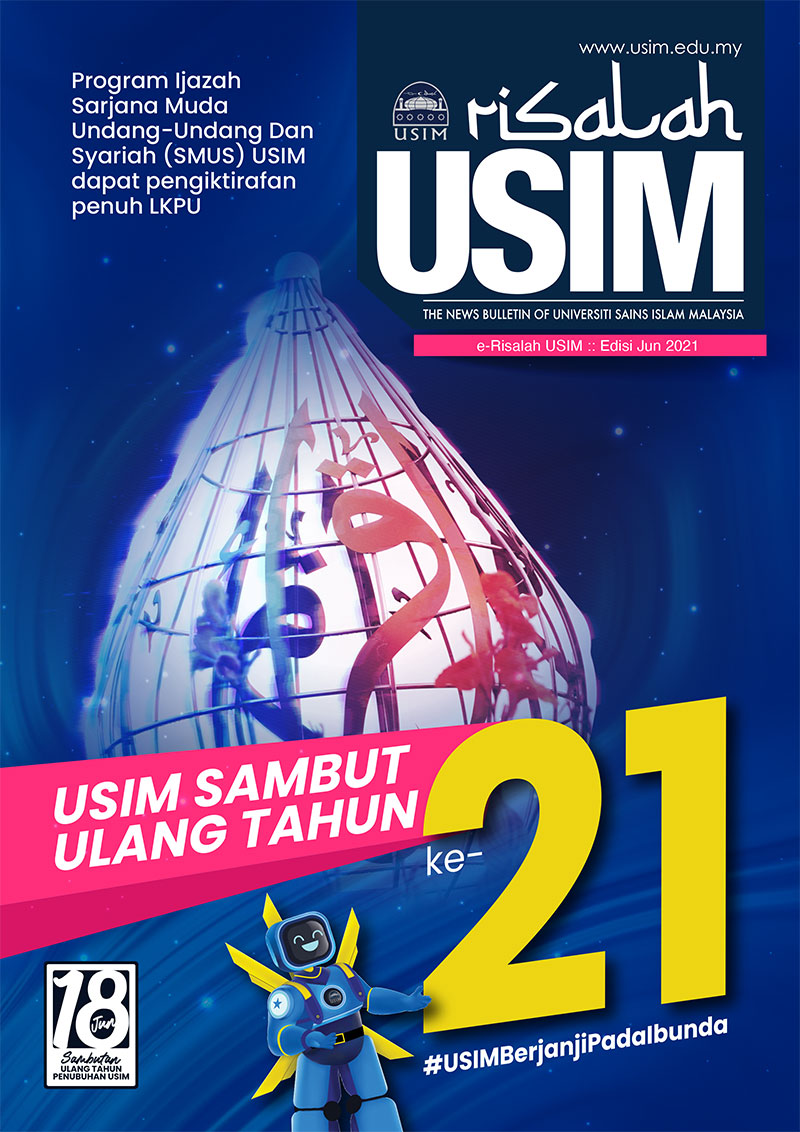