Why do global Western media fail to report the truth about Israel’s oppression of the Palestinians?

Why do global Western media fail to report the truth about Israel’s oppression of the Palestinians? 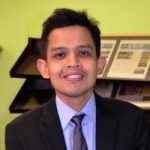 Many of us are puzzled over the inability of the leading Western global media, mainly from Britain and America, to report rightly about what is happening in Palestine presently. From land grabbing in Sheikh Jarrah to the raid of Al-Aqsa by Israeli forces and a continuous bombing by Israeli forces on Gaza that seems determined to wipe out the remaining land of Palestine, these global media appear not to want to report the truth.

But the term “truth” could be a misnomer when it comes to describing a journalistic outcome. As the truth could arguably lie only in the eye of the beholder, journalism has long replaced the concept of aiming for the “truth” with the not-so-equivalence terms such as “objectivity”, “impartiality”, and “balance”.

So let us take the concept of objectivity in news reporting, which is generally translated into reporting the fact. So why the global media fail to report factually about the plight of Palestinians in the Zionist hand?

The first argument can be derived from Herman and Chomsky’s (2010) oft-cited “Propaganda Model” from their book Manufacturing Consent. Based on their case study of the US media, they argue that corporate ownership of media organizations means the pursuit of profits and advertising as a source of revenue have become the primary goal. This leads the media to produce content that is pleasing to advertisers and not provide the information that audiences need to know. As the American media are said to being molded in the hands of the Israel lobby and advertisers (Mearsheimer and Stephen, 2007), it is understandable that the US media will be perpetually on the Israeli side when it comes to the Palestinian conflict. However, the theory of media propaganda has been criticized as being too simplistic, relying on ‘conspiracy theory’, which fails to explain the complexity of the sociology of journalism and the journalistic process.

The second reason could be due to the difficulties by the Western global media to obtain statements from the Palestinian officials. In making the matter more complicated, the Palestinian authorities are usually refuse to speak to the international media. In addition, the Western media reporters also lack local Palestinian contacts for news sources. Most foreign journalists are gathered in the media centre, which is far and safer than the conflict area. Since the media organizations worldwide are placed together in the same area, they may develop the same narrative and share the same new contacts. It does not help that Israel’s propaganda department or Public Affairs Department is highly efficient in providing information from their side and ever ready to be the news sources to the global Western media. Easier access to official military and political spokespersons in Israel means they have more say in the news.

The third reason can be attributed to the core practice of journalism itself. In Britain, for example, the concept of impartiality and balance have been the guiding principle of journalism, and this concept has been adopted all over the world. But impartiality is not simply a matter of balance between opposing viewpoints or absolute neutrality on issues. The notion of impartiality entails considering the audience expectation and any development that may influence that expectation.

Taking the BBC as an example, to assume its role as an impartial news organization, the world-leading broadcaster need to fulfil its public purposes, which is based on the concept of British liberal order, which contains an ideology of modern, democratic liberal values. As a nation, from the façade of it, Israel appears to be more democratic, “tolerant”, and modern vis-a-vis the Palestinians. The focus of the BBC, therefore, would always be in the voice of the Israelis.

But in the age of social media, where users can generate and share their content with the world, it’s time for people to know the side of the truth. The recent developments expose that the technology companies are trying to exclude and silence Palestinian voices. But everyone with the right moral conscience, on every side of the world, is currently sharing and exposing the atrocities committed by Israel through all type of social media.